The N Scale Orin Line that Never Was

When I had completed and sold my n scale Rocky Mountain Sub, I made the decision to build a new model railroad based on the area in Eastern Wyoming known as the Powder River Basin.  I completed the bench work and some of the scenery base, but that is as far as I got.  At the time we were in the middle of moving to a new home, and during that time I changed my mind about the size of the layout.  Instead, I built and completed a 4'x10' design which became the n scale BNSF Orin Line model railroad.

The original design was 4'x14' and used two sections which came apart in the middle.  I used ripped 1"x6"s for the bench work frame and glued foam insulaton on top to create the scenery surface.  The legs were built to fold for easy transport.  I was fortunate that a friend of mine was able to use the completed bench work, and still operates on it today.  It was transformed into a desert theme, and was later relocated to the desert southwest with a move. 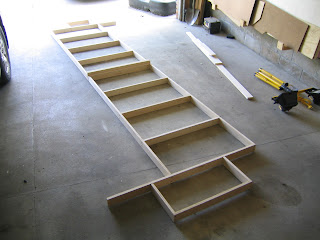 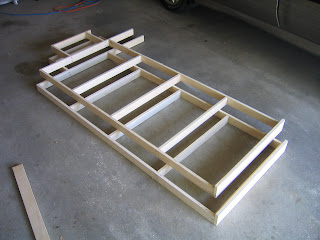 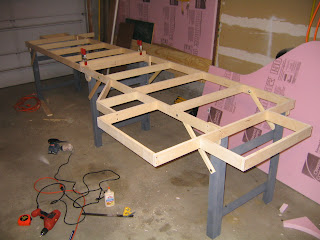 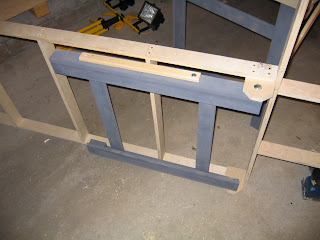 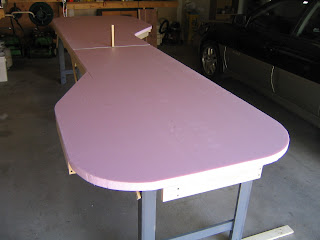 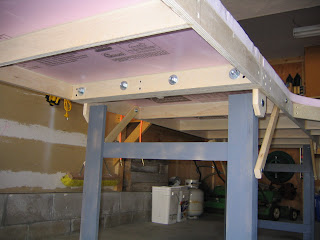 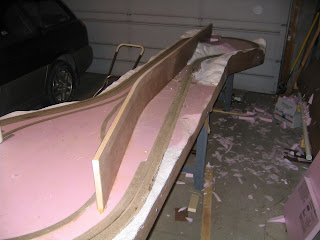 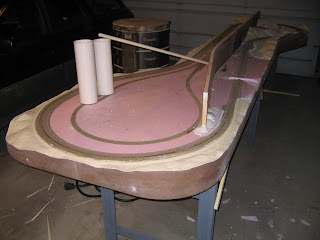 Posted by NscaleAddict at 9:46 PM