The new N scale BLMA 64' reefer made a big splash awhile back, and I have been applying graffiti and weathering to several that I own.  Intermountain also makes a nice 57' version also lettered in ARMN.  While the 64' prototype version is newer than the 57' version, they are both commonly found on the Union Pacific system.  I wanted to use both N scale versions within my collection since they offer unique graffiti and weathering opportunites.  I took a few comparison photos of both models side by side to illustrate the differences and attention to detail that both manufacturers have given to their respective model.  The size difference of the more modern 64' version is quite apparent when it stands next to its smaller cousin.  These are straight out of the box, but I plan to spend a great deal of time applying graffiti and weathering to my entire collection of reefers. 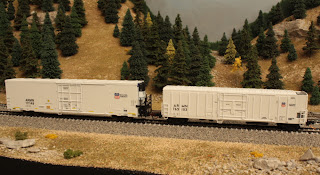 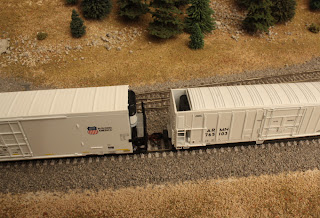 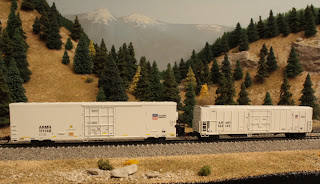 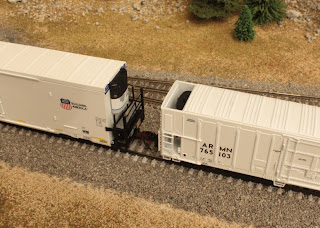 Posted by NscaleAddict at 11:16 PM